As a new wave of darkness prepares to impose itself onto the lonely and monotonous metropolis that is ThugCity, its time for its residents to choose a side…Thugs or Cops?

With Season 1 coming soon in August 2022, players must prepare to mint their ThugCity character NFT. The asset will essentially serve as the users’ metaverse avatar that has the propensity to earn them a whole host of in-game, Web3, and real-world rewards.

The ThugCity NFT collection consists of 10,000 NFTs that feature a uniquely generated combination of pixelated shirts, hair, background, eyes, face, glasses, hat, chain, and more . Each is a character that lives within the city, however, the numbers are skewed in favour of the Thugs by 9,000 to 1,000.

The whitelist release for the NFTs will occur on August 8th, with the public release to launch the next day on August 12th. The reveal of the NFTs will take place in the next few days, which will then be followed by the game once the NFT sale is complete.

Each ThugCity NFT will cost 0.1 ETH to mint. For those looking to secure themselves a ThugCity NFT, 1,000 whitelist spots will be rewarded to the most dedicated of community members through weekly giveaways, contests, and more. 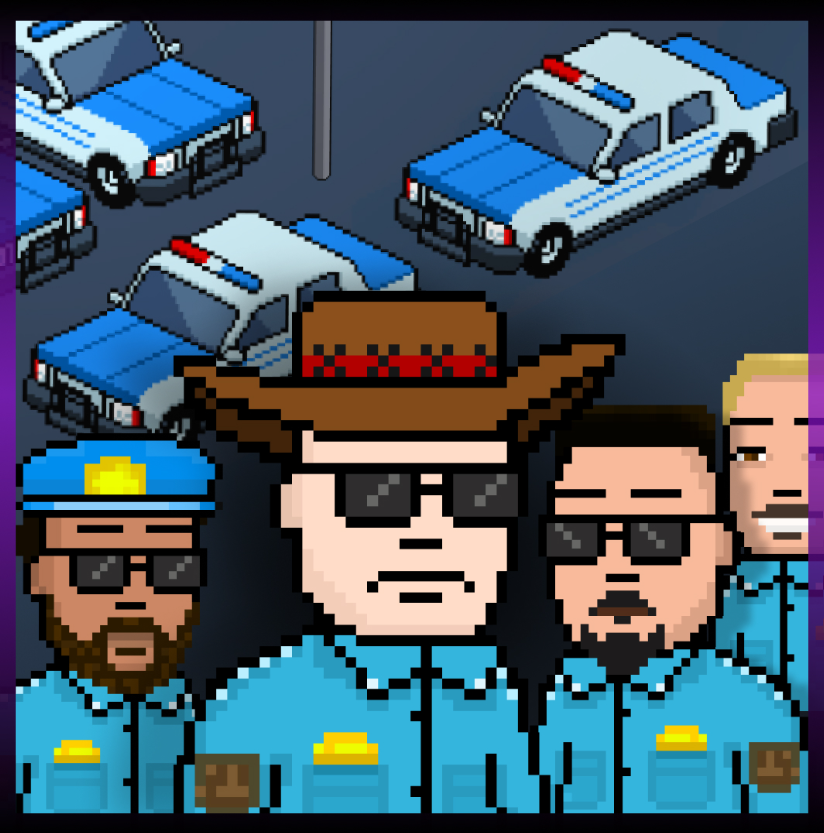 Users can stake their Thugs or Cops in different locations in the city in order to yield $BILLS, which will then help them climb the game’s leaderboard through committing and fighting crime to earn rewards.

For Thugs, all crimes have a risk and reward, meaning they will have to risk their $BILLS in order to reap the potential rewards from a successful crime. That being said, they will still earn 1,000 $BILLS per day while they are staked.

Like a policeman’s steady salary in real life, Cops will earn 1,200 $BILLS per day whilst they are staked. They will also will earn medallions for arresting Thugs, which will hold significant value in the future and are undoubtedly the Cop’s most valuable utility.

For Season 1, there are rewards for the top 25 Leaderboard finishers, with prizes such as whitelist spots, gift cards, crypto, ThugCity NFTs, game consoles, Apple Watches, luxury holidays, a Mercedes-Benz AMG, and more, all up for grabs.

In addition to earning such in-game rewards, $BILLS can also be converted into real-world rewards, or alternatively, cashed out for Ethereum.

The project is currently in Phase 4, which represents the launch of a 72-hour billboard in Times Square, New York. Phase 5 indicates a TBA public event, whilst Phase 6 entails the launch of Season 1. Here, the game’s NFTs and $BILLS will be released, as well as the initiation of P2E Staking and ‘Safe’ airdrops. Throughout Season 1, rewards will be allocated, ‘Safe’ contents will be revealed, ‘Thug Leaders’ will launch, and airdrop giveaways will occur.

Seasons 2 and 3 will entail respective V2 and V3 in-game assets and rewards. Season 2 will also see the launch of Thug ‘Gangs,’ whilst Season 3 will also include the launch of 3D Thug Toy Figures and giveaways. Here, it is important to note that assets from different seasons will be convertible in all future seasons.

In Season 4, VIP Club Owners of Thugs, V1, V2 and V3 Assets will launch, as well as a IRL event for the club owners. Throughout the roadmap, new cities with new missions, buildings, and opportunities for users to generate income will be added to the game. To keep things as interoperable as possible, assets from one city will be exchangeable in other cities. This system ensures that the assets, nor the time earning them, never goes to waste.

As the seasons progress, the prizes in each will also get better and better. The ThugCity crew is a doxxed team which consists of a CTO, CFO, COO, two devs, and an advisor.

Find out more about the mechanics of ThugCity >> Whitepaper

*All investment/financial opinions expressed by NFT Plazas are from the personal research and experience of our site moderators and are intended as educational material only. Individuals are required to fully research any product prior to making any kind of investment.

ZED RUN Airdrop Goes Live – Find Out How to Claim Yours!

Open chat
1
Non-Fungiblestoken
Hi there, Thank you for reaching out to us.
Get 25% Off on NFT Services